Brown ash trees, also known as black ash, are critically endangered throughout the state of Maine. The emerald ash borer, a parasitic beetle that has already killed ash trees across the United States, was first detected in Maine last May — several years before it was anticipated. Faced with these ongoing threats, the Wabanaki tribes — Mi’kmaq, Maliseet, Passamaquoddy, and Penobscot — have been leading the defense of brown ash trees in Maine.

Native to wetlands, but often planted in New England towns, brown ash trees play a critical role in basket-weaving practices, particularly to those of the Wabanaki.

Jennifer Neptune, a member of the Penobscot Nation, director of the Maine Indian Basketmakers’ Alliance, and co-curator of an upcoming art exhibition at Colby College, says that brown ash wood is integral to indigenous basket weaving traditions. Not only does the wood possess flexibility and strength, but the brown ash is also considered to be the source of life in Wabanaki creation stories, central to Wabanaki culture. Under threat of local and global extinctions, brown ash tree endangerment jeopardizes the livelihoods of basketmakers and cultural practices of the Wabanaki.

The emerald ash borer is known by entomologists by its acronym: EAB. If you’re an insect aficionado or a tree lover, you likely already know this name. For the rest of you, it’s a name you will know soon enough. It is the cause of arguably the most catastrophic current tree death events in the history of North America.

By Josephine Marcotty
As Minnesota’s ash trees fall to the invasion of emerald ash borer in the next decade, the forest that borders the 72-mile stretch of the Mississippi River in the Twin Cities metro area is expected to lose one-fifth of its canopy.

Turns out that’s not all bad.

Conservation groups that work in the 54,000-acre Mississippi National River and Recreation Area are using that environmental disaster to thwart a much larger one on the way — climate change.

By replacing ash with other kinds of trees, as well as bushes and other plants, they hope to establish a forest that is more likely to thrive in a future of higher average temperatures and much more erratic precipitation.

By Adrian Higgins
A pear seedling selection named Bradford was cloned by the gazillion to become the ubiquitous street tree of America’s postwar suburban expansion. Then it turned invasive.

Carole Bergmann pulls her small parks department SUV into an aging 1980s subdivision in Germantown, Md., and takes me to the edge of an expansive meadow. A dense screen of charcoal-gray trees stands between the open ground and the backyards of several houses. The trees are callery pears, the escaped offspring of landscape specimens and street trees from the neighborhood. With no gardener to guide them, the spindly wildlings form an impenetrable thicket of dark twigs with three-inch thorns.

Bergmann, a field botanist for the Montgomery County Parks Department, extricates herself from the thicket and in the meadow shows me that what I take to be blades of grass are actually shoots of trees, mowed to a few inches high. There are countless thousands, hiding in plain sight in Great Seneca Stream Valley Park. If it were not cut back once a year, the meadow would become like the adjacent screen, wall upon wall, acre upon acre of black-limbed, armored trees worthy of Sleeping Beauty’s castle.

“You can’t mow this once and walk away,” said Bergmann, who began her 25-year career in the department as a forest ecologist but has been consumed by an ever-pressing need to address the escape of the Bradford pear and other variants of callery pear, a species that originated in China, along with other invasive exotics.

Source: Scientists thought they had created the perfect tree. But it became a nightmare. – The Washington Post, 2018-09-17 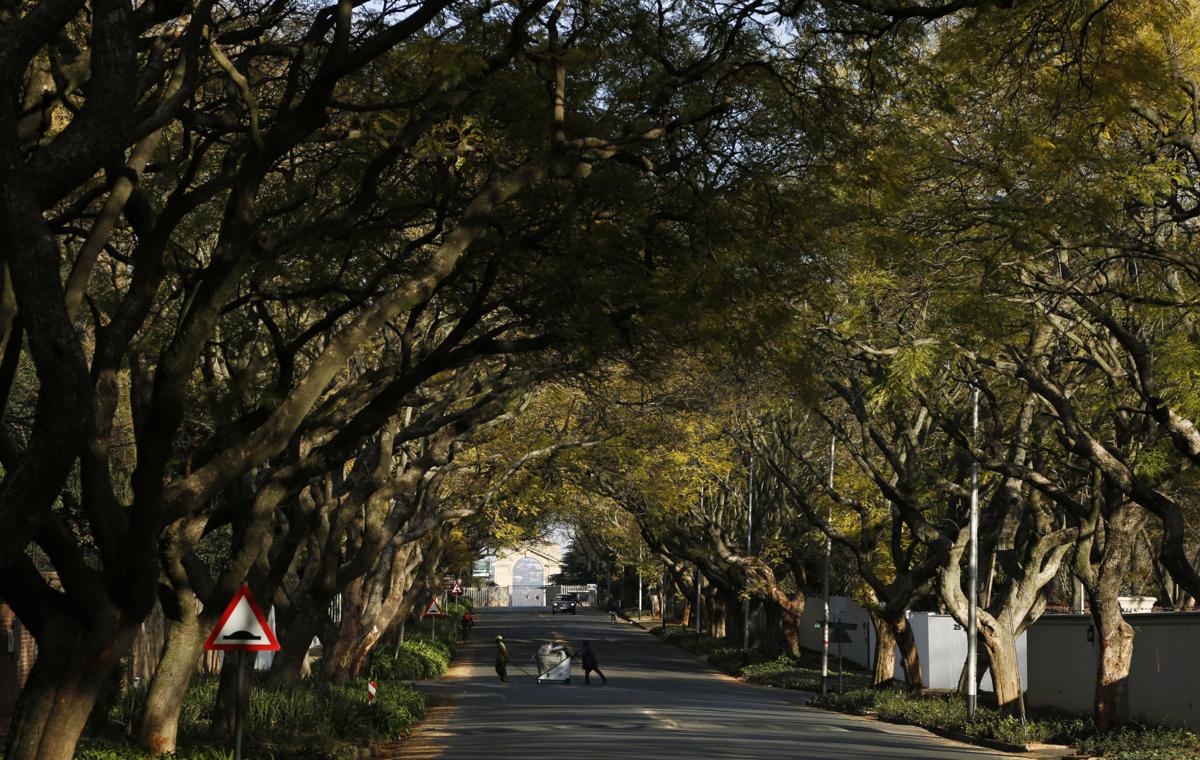 State and federal entomologists believed the destructive pest would show up near the New Hampshire border, not hundreds of miles to the north.

Source: Emerald ash borer makes long-dreaded appearance in Maine, but not where it was expected – Portland Press Herald, 2018-05-30

By Janet Marinelli
Edward O. Wilson clambered partway down a slope in the Florida Panhandle, aided by a park ranger and trailed by a few dozen scientists, conservationists, and local landowners. The group had gathered in Torreya State Park, a landscape of dazzling botanical diversity along the upper Apalachicola River, as part of a whirlwind two-day meeting early this month to ponder the fate of its most storied tree. As the wind gusted through leafless branches, the lanky, white-haired Wilson, at 88 years of age still one of the most brilliant biologists of his generation, planted a seedling of the Florida torreya, North America’s most endangered conifer.

Wilson first visited the Apalachicola bluffs in 1957, as a self-described “young guy” with a new position at Harvard University, on an ant-collecting trip in Florida. “I came here,” he recounted, “the way you would go to Paris to visit a cathedral. I just had to see the torreya.” The trees had already begun their steep decline.

More than 60 years later Wilson was back. This time he declared the site “is not only a cathedral, but also a battleground at which one of the greatest events in American history will take place” — a turning point, as he sees it, in the planetary struggle to slow biodiversity loss.

Last spring, another “young guy” was at Torreya State Park on a camping trip with his lab. University of Florida forest pathologist Jason Smith “couldn’t believe how much worse the torreyas were” than when he had seen them the year before. “The population was crashing.” Smith, who has reddish brown hair and a bundle of energy, decided to assemble a team to reflect on the meaning of the species’ imminent demise, to catalog the “torreya tree of life” — all living things with which it associates in the wild — and to plan a last-ditch effort to save it.

“This is a now or never moment for the species,” he says.

While the massive wildfires and tree die-offs out West have gotten most of the press in recent years, the Eastern forests are also in crisis. An increasing number of the region’s iconic native trees are plagued by pests and pathogens introduced from abroad. This has researchers scrambling to find genes that can help impart resistance, and to breed them into the ailing trees. Because classical crossbreeding takes decades — perhaps too long for a critically endangered species like the torreya — options once unimaginable as conservation measures are now being considered, including the new group of gene-editing technologies called CRISPR that has taken the biotech world by storm.

The growing forest health crisis is forcing scientists, conservationists, and the public to answer some of conservation biology’s thorniest questions. Will we be able to use biotechnologies on the frontier of plant science to rescue imperiled species? Should we? And when so many species are at risk, does it make sense to go to extraordinary lengths to save a tree like the Florida torreya that has a tiny historical range and no commercial value?

Insects, both beneficial and disruptive, have always been front-of-mind for the people growing our food. Of particular interest in today’s world are invasives: insects that are not native to a region and whose introduction (whether intentional or accidental) is likely to cause harm to our environment, our economy or human health. Or already has.

A 2016 report in Nature Communication estimates that the annual economic impact of invasive insects on goods and services in North America is at least $27.3 billion. And this, say the authors, is likely an underestimation because determining the economic impact of invasives can be particularly difficult. “Most cost estimates are disparate, regionally focused, cover variable periods and are not always grounded in verifiable data,” write the authors. Additionally, the spread and the impact of invasive insects is likely to increase in coming years due to climate change, rising human population densities and intensifying international trade. But, say the authors, there is a way to minimize the impact: increased surveillance, containment and public awareness. In other words: To protect our local farmers, food systems and economies, we – the general public – need to pay attention to the bugs around us.

Source: Friend or foe? Be on the lookout for invasive insects – The Chronicle-Express, 2017-05-14

By David Singleton
A beetle is winning the battle against the hemlock woolly adelgid at Nay Aug Gorge.

Almost 20 years after the woolly adelgid arrived at Nay Aug Park and started threatening the hemlocks in and around the gorge, officials believe they’ve finally gained the upper hand against the invasive, tree-killing pest, thanks in large part to a predatory beetle called S. tsugae.

“I think we caught it in time, and we have turned the corner. There is no doubt about it,” city forester Tony Santoli said. “I have seen great improvement.”

Since it started working with Santoli in 2011, Tree-Savers, a private company with offices in Waymart that specializes in saving endangered hemlocks, has released about 10,000 S. tsugae beetles at Nay Aug as part of an effort to eradicate the woolly adelgid and restore the park’s weakened hemlocks to health.

A beetle is winning the battle against the hemlock woolly adelgid at Nay Aug Gorge.

By Holly Ramer, Associated Press
They may be down but they’re not out: Damaging insects can emerge from fallen trees and logs for several years after a major storm, according to a U.S. Forest Service study that reinforces long-standing warnings against moving firewood from place to place.

Timber that gets blown down, broken or damaged by wind is often cut and used as firewood, which in turn can enable the spread of invasive, destructive insects that drain the life out of forests from New England to the West Coast.

Such pests are projected to put 63 percent of the country’s forest at risk through 2027 and carry a cost of several billion dollars annually in dead tree removal, declining property values and timber industry losses, according to the peer-reviewed study last year in Ecological Applications.

Researchers were surprised to find that wood harvested even three years after the tornado produced a significant number of insects.